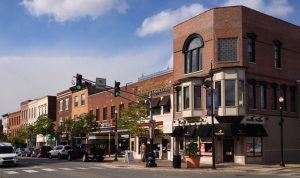 Madison is in the county seat of Jefferson County, that sits along the banks of the mighty Ohio River surrounded by beautiful Clifty Falls State Park.

Settled in 1809, Madison achieved 19th century prominence with the arrival of
the steamboat and brisk river trade. Times were lively, the community prospered, beautiful buildings and homes were constructed and society blossomed. The arrival of the railroad and the decline of the steamboat era stemmed the boom and Madison slipped into a century of slumber. What appeared to be Madison’s misfortune was to become Madison’s legacy.